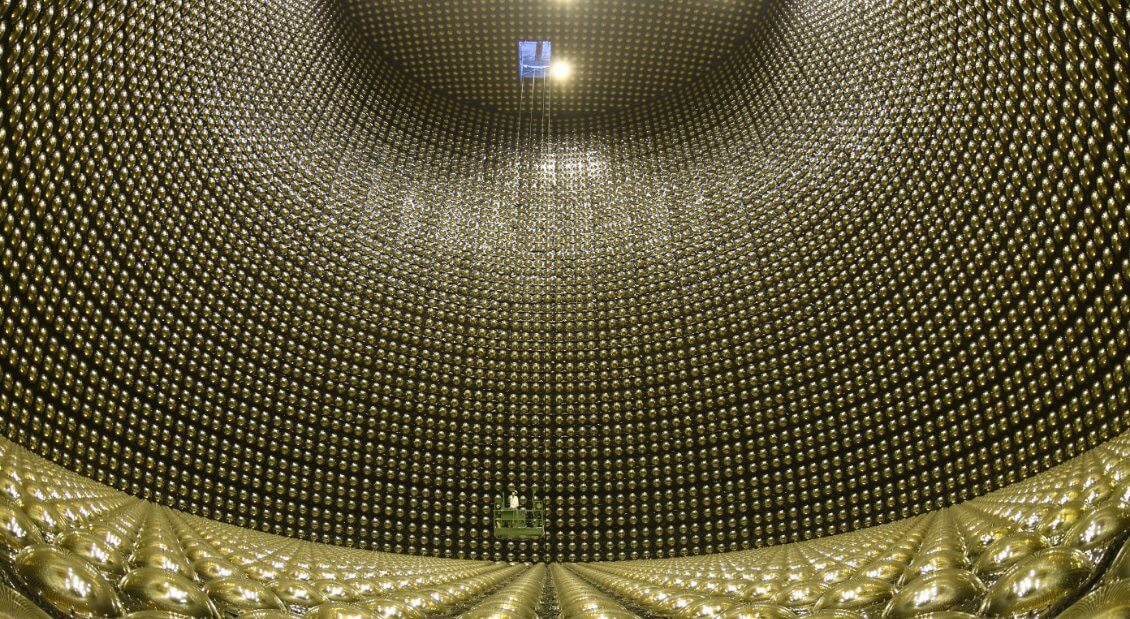 Super-Kamiokande is the world’s largest water Cherenkov detector. Construction began in 1991, and after a five-year construction period, the observation started on April 1st, 1996. The Super-Kamiokande is operated by an international collaboration of about 200 people and about 50 institutes from Japan, the United States, Poland, Korea, China, Spain, Canada, UK, Italy and France and Vietnam.

The Super-Kamiokande detector consists of a stainless-steel tank, 39.3m diameter and 41.4m tall, filled with 50,000 tons of water. About 13,000 photo-multipliers are installed on the tank wall. The detector is located at 1,000 meter underground in the Kamioka-mine, Hida-city, Gifu, Japan.