Symposium and Celebration to Commemorate the 20th anniversary of Super-Kamiokande

On June 17th, 2016 a symposium to mark the 20th anniversary of Super-Kamiokande was held in Toyama. The symposium was followed by a celebration and both events were hosted by the Institute for Cosmic Ray Research, University of Tokyo. Around 250 guests composed of both collaborators and people who have supported the continuous observations of Super-Kamiokande attended.

The symposium opened with an address from Prof. Takaaki Kajita, the director of ICRR and was followed by congratulatory speeches from Ms. Yayoi Komatsu, director-general of Research Promotion Bureau, MEXT and Prof. James Stone on behalf of Dr. Alan Stone, High Energy Physics Budget and Planning, the US DOE. Super-Kamiokande collaborators then proceeded to present not only the results of Super-Kamiokande’s research over the last 20 years, but also explained planned upgrades of the experiment and introduced the next generation project, Hyper-Kamiokande.

During the celebration following the symposium, Prof. Makoto Gonokami, president of University of Tokyo, delivered a speech of congratulations which was followed by congratulatory addresses from Mr. Tsuzuku, the Mayor of Hida City, and Prof. Yasuhiro Okada, the director of KEK. Throughout the evening guests and collaborators shared their memories of the early days of Super-Kamiokande and offered their congratulations.

Speaking on this occasion, Masayuki Nakahata, Spokesperson of Super-Kamiokande and Director of Kamioka Observatory, ICRR, University of Tokyo, noted that, “Over the last 20 years Super-Kamiokande’s numerous neutrino oscillation discoveries have contributed greatly to elementary particle physics. In addition to further contributions that will be made with more data from T2K, Super-Kamiokande can be expected to contribute to astrophysics as well, with observations of supernova neutrinos.” Henry Sobel, Co-Spokesperson of Super-Kamiokande and Professor of Physics at the University of California, Irvine, followed by stating, “Besides having world-leading results and prize-winning discoveries, Super-Kamiokande has led to the awarding of over 70 Ph.D. degrees to students who have gone on to become leaders in new generations of experiments.”

►Twenty years after the start of Super-Kamiokande 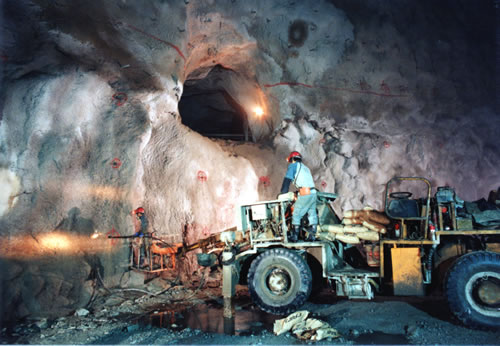 1994.6 Completion of excavation of the cavity and start of detector construction 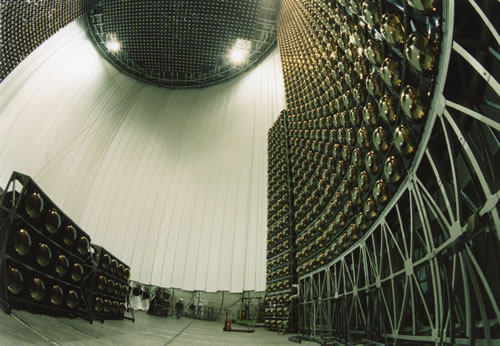 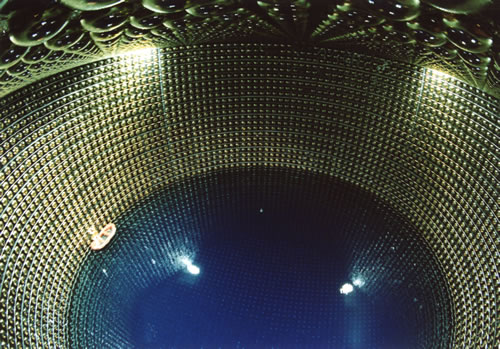 1996.4 The first operation of Super-Kamiokande detector at 0:00AM, which was started by the first spokesperson, Prof. Yoji Totsuka.

2001.11 An accident damages half of the Super-K PMTs. Prof. Totsuka: “We will rebuild the detector. There is no question.”

2002.4 Restoration work from the accident 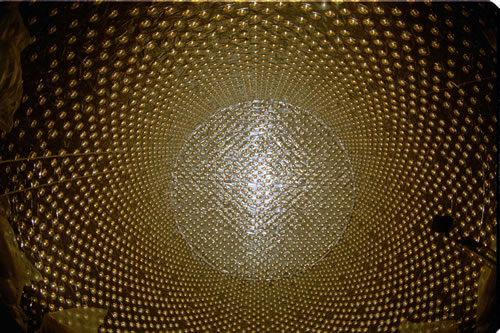 2004.7 Direct observation of an oscillatory signature in the atmospheric neutrino samples

2005.10 Reconstruction work for full recovery of the PMT density 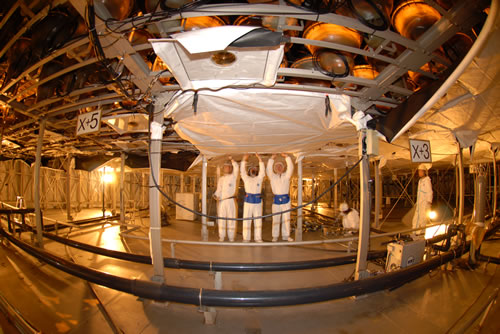 2006.7 Completion of full reconstruction and the start of SK-III 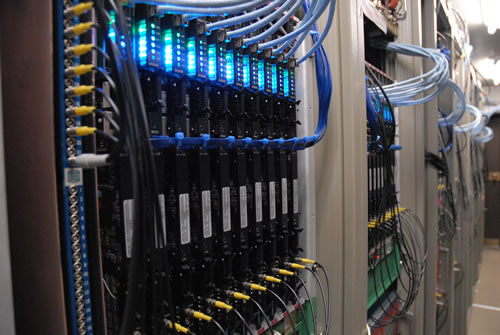 2010.6 Launching a test facility for the SK-Gd project

2011.6 Discovery of electron neutrino appearance in the T2K experiment

2013.7 Measurement of electron neutrino appearance in the T2K experiment