I was appointed as the director of the Kamioka Observatory of the Institute for Cosmic Ray Research (ICRR), The University of Tokyo in April 2022. The observatory is located in Kamioka-Cho, Hida City, Gifu Prefecture, and hosts Super-Kamiokande, the world’s largest neutrino and nucleon decay detecting experiment. In addition, within the framework of the ICRR’s Inter-University Research Program, the observatory also hosts several experiments for astrophysics and particle physics in an underground environment. I would like to take this opportunity to thank the government, companies, organizations, and local residents for their generous support and cooperation with the research and educational activities of the observatory. Your continued understanding and cooperation will be greatly appreciated. We also welcome the participation of graduate students who share our dream and are willing to challenge together with us.

In 1998, the Super-Kamiokande collaboration discovered neutrino oscillations, which showed that neutrinos have mass. While this was a major achievement that advanced our understanding of particle physics, the discovery also revealed new mysteries about the properties of neutrinos and their role in nature. This means that the discovery has opened up new research questions. Nowadays, researchers around the world expect that neutrinos play an important role in a deeper understanding of elementary particles and the evolution of the universe. Neutrino experiments are being conducted not only in Japan but also in Asia, Europe, and the US, with the construction of next-generation experiments underway around the world. The Hyper-Kamiokande project, which will be the next-generation experiment, is also being promoted at the Kamioka Observatory. Construction of the 70-meter scale detector, which will surpass Super-Kamiokande in size, has begun in 2020, and will enter a major construction phase in near future, with the aim of starting operation in 2027. We are looking forward to the success of the large-scale construction and the new challenge of solving the great mysteries of elementary particles and the universe with the Hyper-Kamiokande experiment. The Super-Kamiokande is currently undergoing an upgrade to increase its sensitivity to neutrinos from supernova explosions. This is expected to help elucidate the mechanism of supernova explosions and understand the history of star formation. In addition, development studies are underway for the next phase of the project for the discovery of neutrinoless double-beta decay and direct detection of dark matter. While ensuring that Super-Kamiokande and Hyper-Kamiokande are advanced, it will also be necessary for the future to consider plans that look beyond them. I would like to take a broader perspective in terms of both time scale and research field to promote research at the Kamioka Observatory. 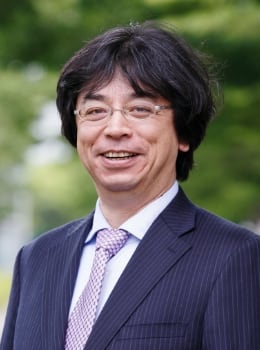